This Asian country is brimming with rich culture and a colorful history unlike any other, which makes it a tourist destination not to be missed. If you’re visiting this fascinating land, you have to put a Vietnam temple on your list of places to visit and see. If you need more ideas for your list, check out this fantastic 5-day itinerary.

These great architectural structures have become a drawing card for Vietnamese tourism. They are a reflection of the spirituality of the people in this country.

Although Buddhist temples are among some of the most popular to visit in Vietnam, there are temples for many other religions too.

Its vast array of religious backgrounds gave birth to a new religion, which draws influences from Hinduism, Judaism, Confucianism, Christianity, Taoism, Islam and Buddhism. This religion is called Caodaism.

For Buddhists in particular, the temples are built to inspire inner and outer peace simultaneously. Many of the temples in Vietnam were built in remembrance and praise of an idol or religious icon. 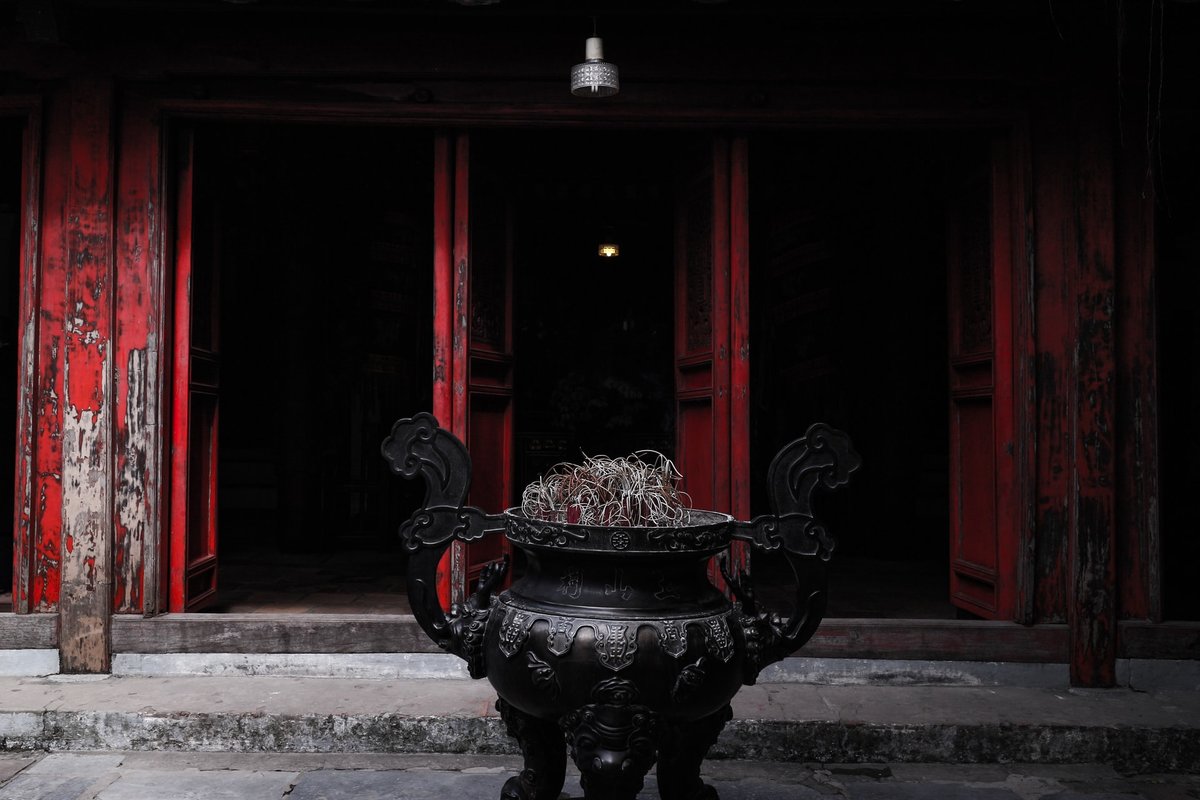 So, you’ve decided you want to see one of these amazing structures for yourself. Where do you start?

Whether you’re an architecture lover, serenity seeker or Buddha enthusiast, one of these Vietnam Buddhist temples will satisfy your needs. 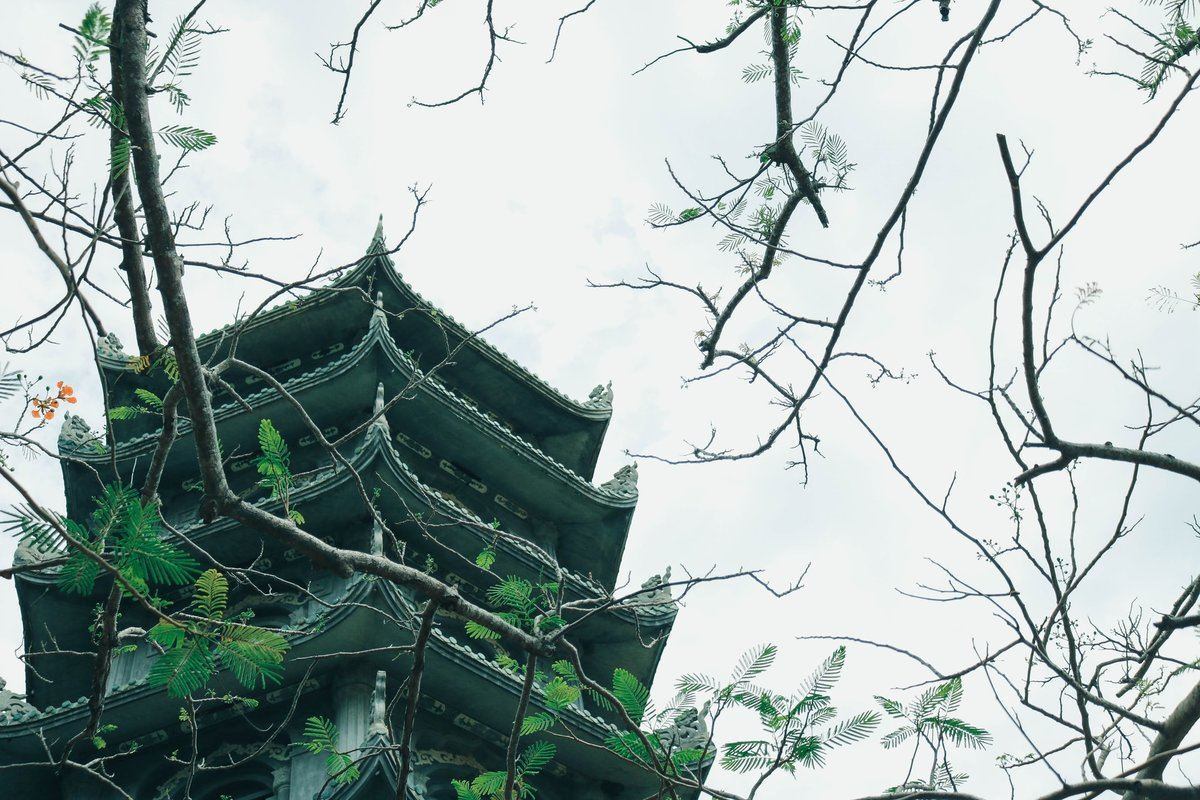 The One Pillar Pagoda is considered by many people to be the most important Buddhist temple in Vietnam. You’ll find families from all over the country coming to pray at this significant religious site.

The temple was built by King Ly Thai Tong in 1049 as a token of gratitude. It has become a recognized symbol of compassion by all Buddhists.

This beautiful structure is rather small but well worth the visit as one of the best temples to visit in Vietnam. It’s easy to find, located just outside the capital city, Hanoi. 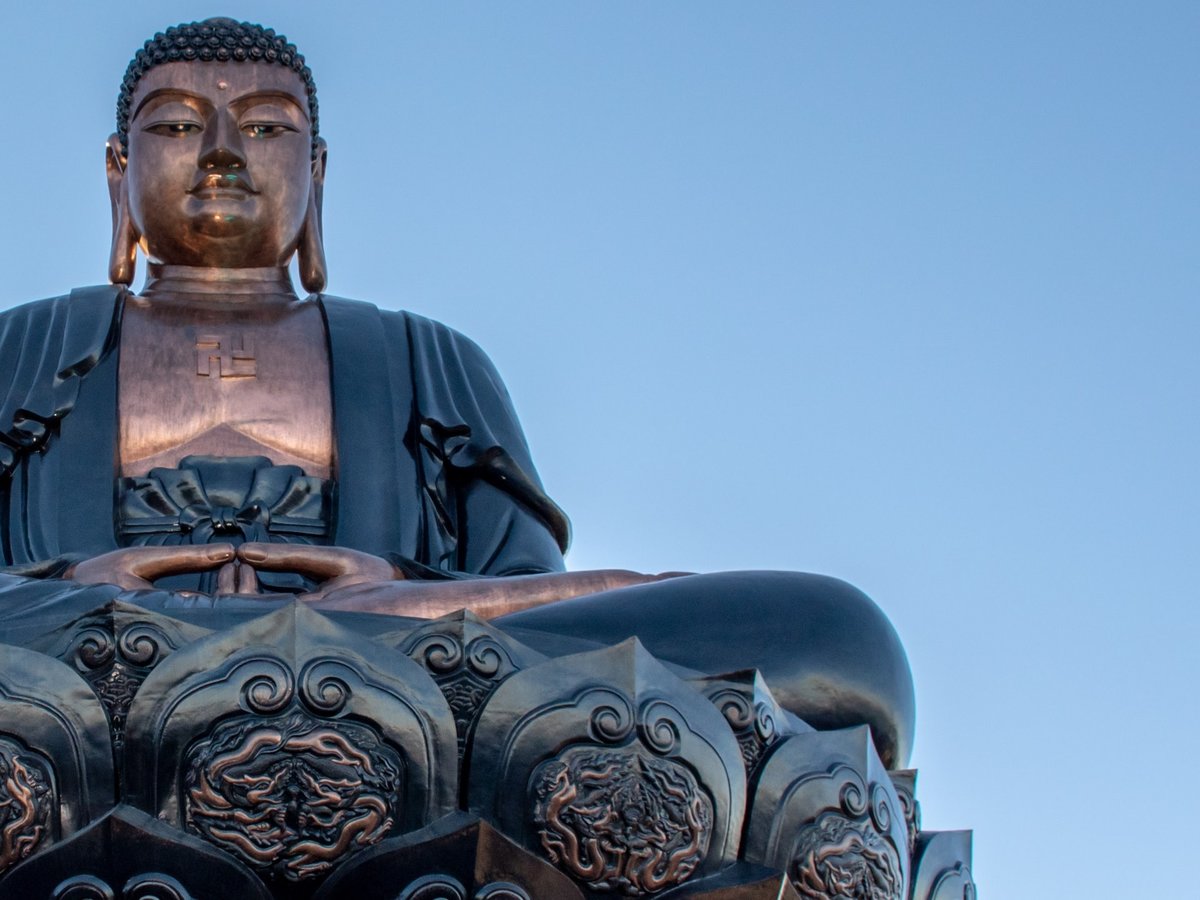 Yen Tu pagoda is known for its peaceful atmosphere. This is one of the best Vietnam temples to visit if you’re looking for some time to zen out. Placed atop the Yen Tu mountain peak, this 100% bronze structure looks out over the forest below.

The Yen Tu pagoda is accessible via cable car. It runs up the side of the mountain and is a great way to take in all the views this stunning area has to offer.

The Yen Tu pagoda is conveniently placed between Hanoi and Halong Bay. It makes for a great stop-off point along the way. 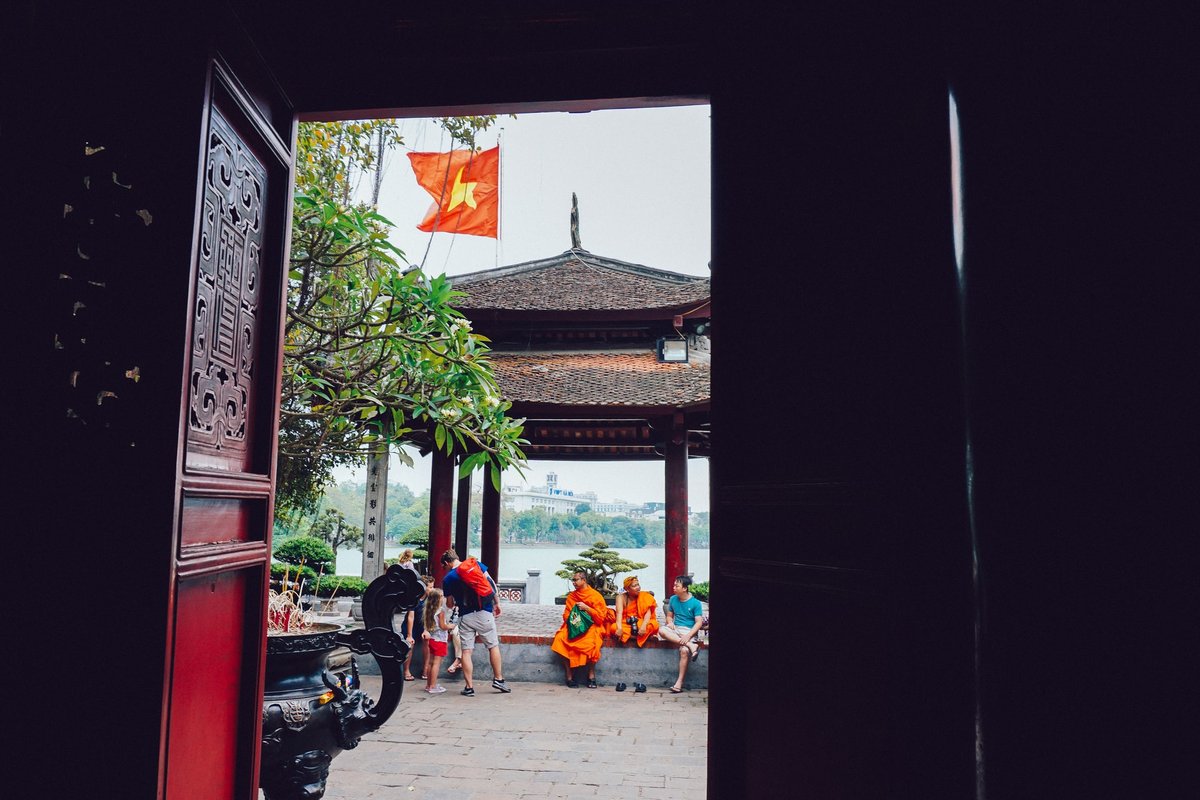 The Perfume pagoda is a pilgrimage destination for Buddhists all over Vietnam so you’ll find this temple busy all-year-round. The traffic to the site increases during the lunar new year so it’s best to avoid visiting around January and February.

This temple consists of a series of Buddhist shrines carved into the limestone of the Perfume mountains. The biggest one is the Perfume pagoda.

Set aside a full day to explore this temple and dress for the occasion – hiking gear is recommended. Take it one step further by letting a knowledgeable guide show you the sights by boat on the stunning Yen River. 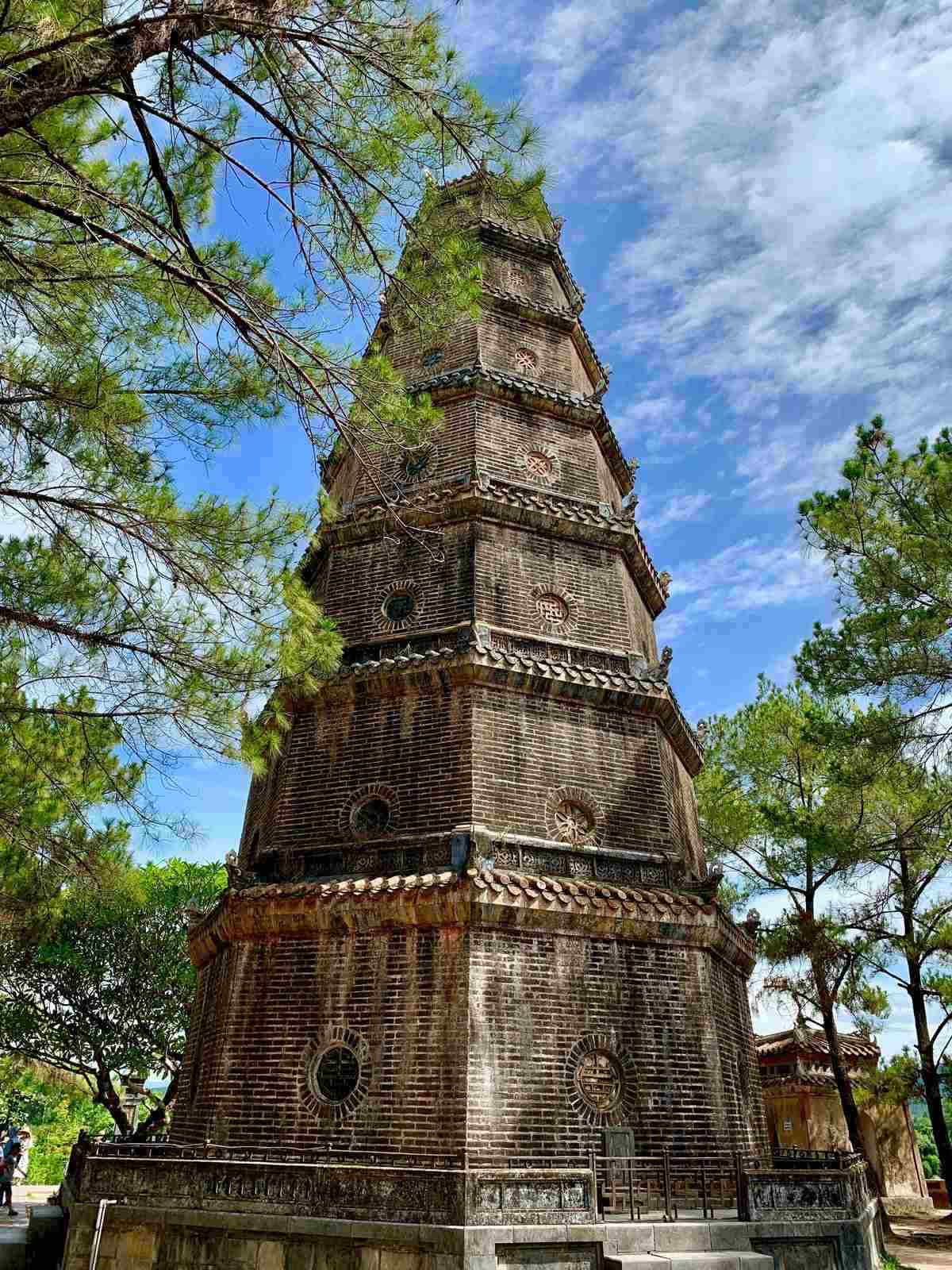 The Thien Mu pagoda is located in central Vietnam near the ancient city of Hue.

The name Thien Mu, meaning “heavenly lady”, was given to this pagoda because an elderly lady made a prophecy. She told the local people that a Lord from the Nguyen Dynasty would build a pagoda on Ha Khe Hill.

Shortly after, in 1601, Lord Nguyen Hoang ordered the construction of this temple in Vietnam and named it after the elderly lady.

The Thien Mu pagoda is an active temple where monks study and live. Near the end of the temple grounds lies a burial place for the monks who have passed away while living in the pagoda.

The easiest way to get to this temple is to take a boat ride from central Hue. This pagoda is fairly small and should only take you about half an hour to explore. 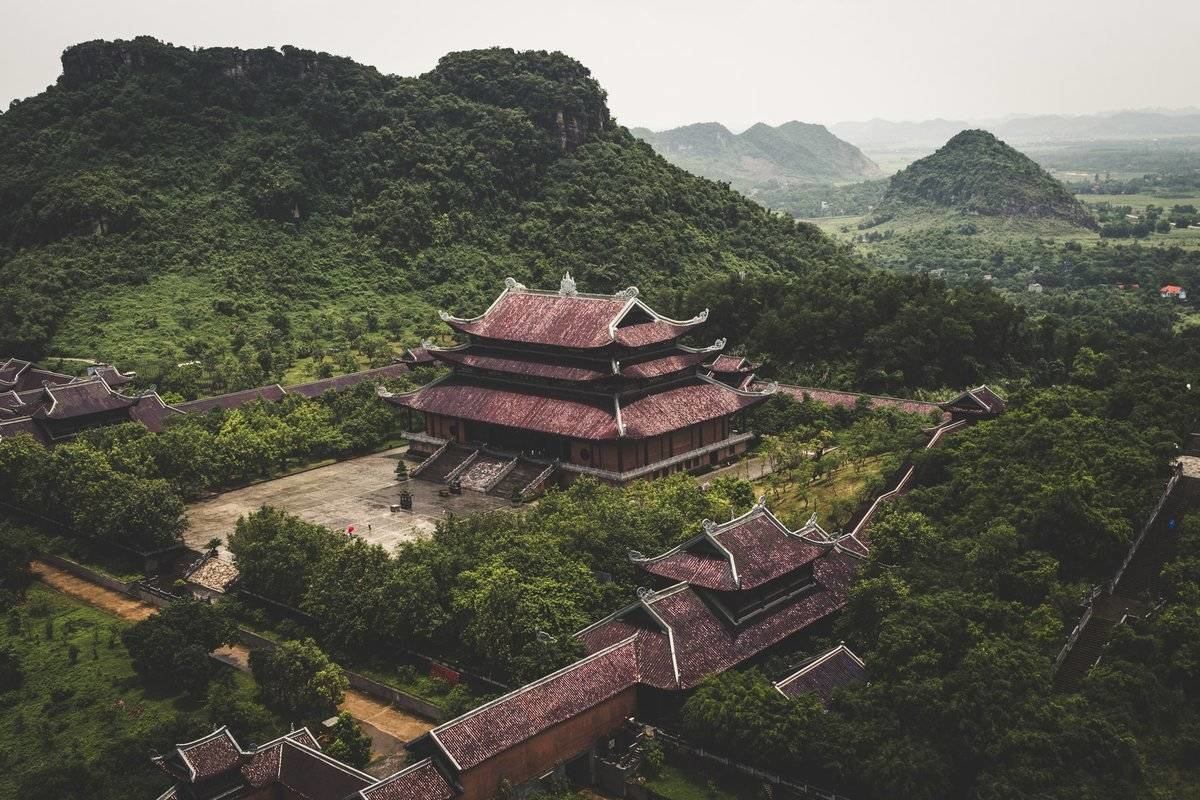 This famous pagoda is known for its monk training center that was founded in 1940. The Bao Quoc pagoda itself is much older, dating back to 1670. This Vietnamese temple is surrounded by buildings and stupas that were built in honor of Buddhist figures.

Conveniently situated just a kilometer outside of Hue’s city center, it’s easy to get to and accessible by car.

Other Temples in Vietnam

It’s not just the Buddhist temples that attract tourists. There are temples inspired by other religions too.

The Temple of Literature The Temple of Literature is home to Vietnam’s first university. This is a Confucian temple that was founded in 1070 and is featured on one of the country’s banknotes.

Inside the temple you’ll find five courtyards, one of which is used as a resting and meditation place for the monks who live there. The other courtyards feature several sculptures and monuments for the students who have excelled at the ancient university.

The Temple of Literature is rather large, so give yourself some time to wander around and explore the grounds. This Confucian temple is situated in the heart of Vietnam so you’ll have no trouble finding it.

Of course, you could always book a guided tour to make sure you fully appreciate its ancient beauty. A bonus is that you would get to see the Military History Museum and the Ho Chi Minh Complex. The My Son Ruins are a UNESCO heritage site located outside of Hoi An and Da Nang. These ruins are a collection of temples that have been left in ruin due to war.

They are no longer functional, so you won’t see any locals coming to the temples for prayer or worship.

These Hindu temples were constructed somewhere between the 4th and 13th centuries. They are now in a state of serious decay.

Some parts of the ruins are in repair so you’ll notice scaffolding supporting some of the ruins. This can make them a little less picture-friendly. 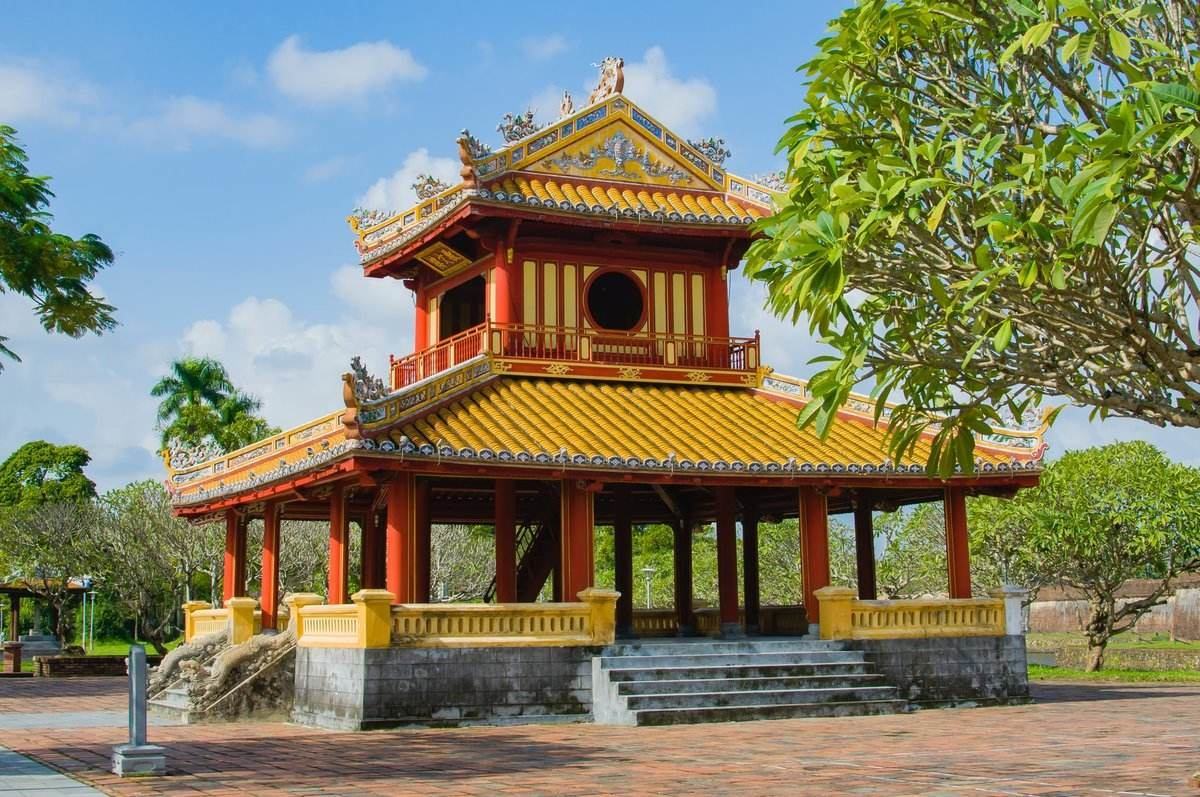 It’s important to note that most of these temples do not charge you for visiting, however, the upkeep of the temples does cost money. So, you’re encouraged to make a small donation towards the maintenance of the temple. Luckily, Vietnam is one of the more inexpensive destinations for a tropical vacation so you won’t break the bank.

Be sure to dress appropriately as a sign of respect for the religious site and its attendees who are there to worship and pray. You’ll also be asked to remove your shoes and walk barefoot through most of the temples.

Always remember to be respectful of those who are there to pray. Although these temples are tourist destinations, they are also deeply spiritual places for the locals. With wonderful structures like the Yen Tu Pagoda and Bao Quoc Temple to visit, this country offers a spiritual adventure for the peace-seeking traveler.

Keep in mind guidelines like dressing appropriately and being respectful and you’ll be sure to have the best experience while visiting each Vietnam temple. Give yourself fully to the moment – you won’t regret it.

Best Things to do in Thailand by Month (Ultimate Guide)

Is Bali Expensive? | The Cost of a Bali Vacation