Ski run ratings are used across the globe to denominate the difficulty of a particular run. Rating systems vary in different parts of the world, but they do represent the same basic idea.

One thing to keep in mind, though, is that runs are rated in relativity to other runs or paths within the same resort. Meaning a Beginner run at one resort, won’t necessarily be a Beginners run at another resort.

The ratings don’t vary so much that a Beginner run will be qualified as an Expert run somewhere else, but it is important to keep in mind that it isn’t a standardised system. Once you know your ski slope ratings and have the right ski or snowboarding gear, you’ll be able to take on pistes at some of the best ski resorts in the world. 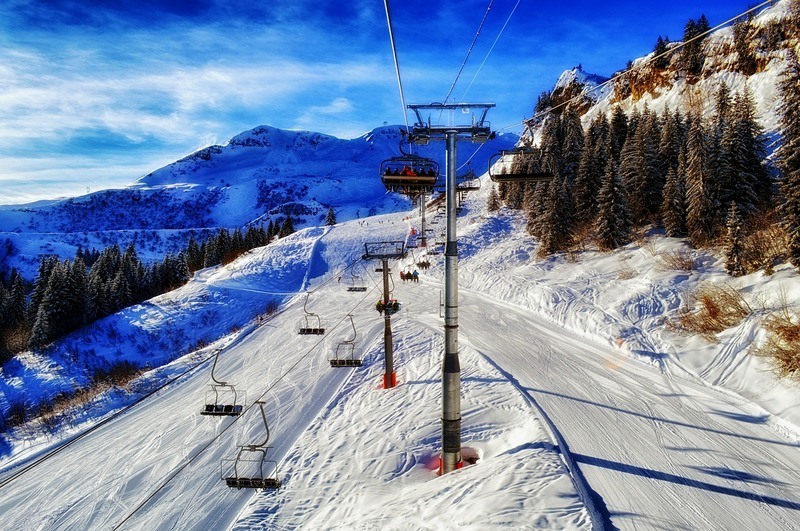 Although the gradient of the slope is the primary factor in determining difficulty, there are other factors that need to be taken into consideration. Trails are rated off of their most difficult part, so a slope can be graded as Black, even if there is only a small section that is difficult.

Ski resorts will rank their trails based off their own attributes; rating skiing trails compared only to the other trails at the resort. The width of the trail, the sharpest turns, terrain roughness, and how often the resort can groom the trail, all play a role in the difficulty rankings. 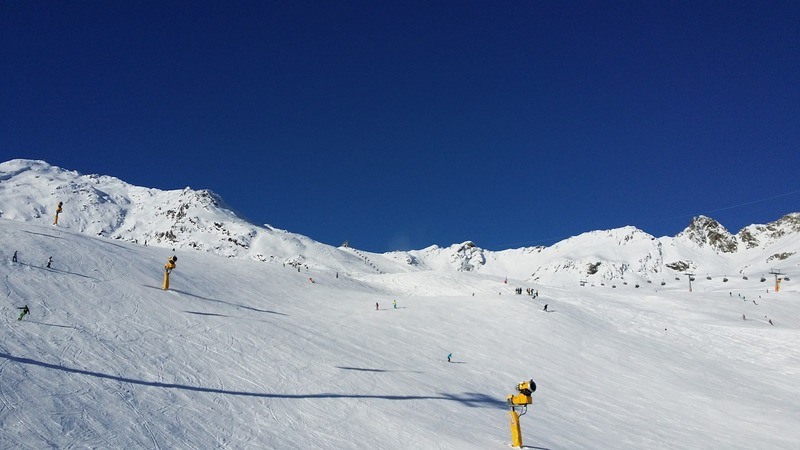 Europe ski slope ratings are classified using a colour-coded system. Different countries have variations of difficulty, but Blue for easy, Red for intermediate, and Black for expert are used everywhere.

These slopes are easy slopes, for beginners and younger skiers and snowboarders. They’re ideal for learning, as they are wider and well-groomed, unlike many other ski pistes.

Blue slopes are easy skiing runs. These slopes won’t have a gradient of more than 25%. Blue slopes in Europe are very similar to the Green slopes in the U.S, Australia and New Zealand.

Red slopes in Europe are intermediate slopes and are similar to the Blue Square in North America. Steeper, and sometimes narrower than a Blue Square run, these Red runs are usually groomed, but sometimes not completely, depending on the path of the run.

Black slopes are expert slopes, which are the equivalent to the Black Diamond or Double Black Diamond slopes in the United States. As we mentioned above, in Austria, Italy and Switzerland, these runs are groomed.

In France, some of the Black slopes are groomed and others aren’t. The variation between Black slopes is sometimes pretty large as they are sometimes steeper than Red slopes.

In Scandinavia, these are extremely difficult runs. This European ski trail rating system is in place to keep skiers safe, so it’s important that you don’t tackle anything too far out of your skill level.

In Austria, Switzerland, and a few other areas, this colour indicates an extremely difficult slope. This European ski slope difficulty is rather intense and should only be attempted by very experienced skiers.

Recently, many resorts reclassified Black routes to Yellow routes. This signifies an ungroomed and unpatrolled route that is usually off-piste but in a marked skiing area. This European ski run rating should be tackled with caution as it’s slightly more dangerous than the rest. 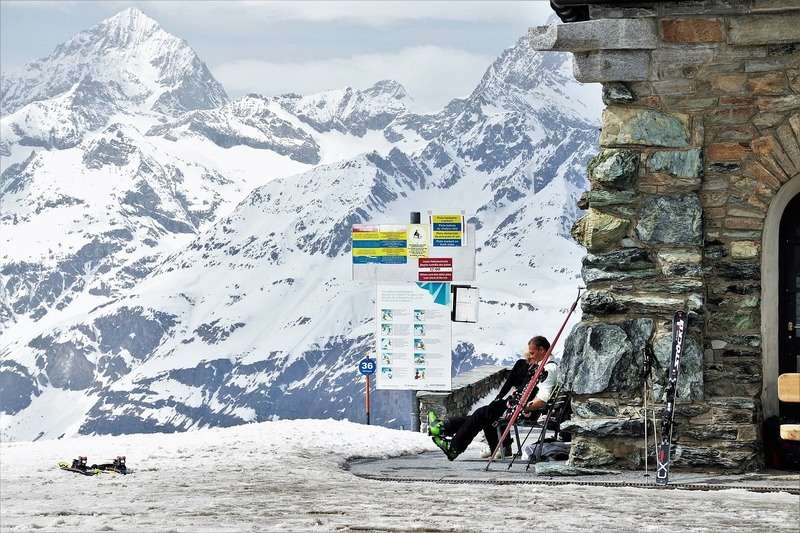 Japan uses a colour-coded system much like the one used in Europe. Some resorts use the same systems as either the United States or Europe, this can sometimes be very confusing. If you are ever in doubt, refer to the resort map legend for your ski slope ratings of difficulty.

These slopes are usually found at the bottom of the mountain and are for beginners and kids, very useful when learning to ski or snowboard. They can also be found off switchback paths.

Red slopes are intermediate slopes. These slopes make up the vast majority of Japanese skiing resorts, usually between 40%-60%, depending on individual resort classification. This is one of the most popular ski slope levels in Japan.

Black slopes are expert slopes and are almost always the steepest. They aren’t always as steep as equivalent Black slopes in the United States, New Zealand, Australia or Europe, but their difficulty is dependent on the target audience.

These ratings are designed to ensure the safety and well-being of the skiers and snowboarders who use the slopes. It is also a way to keep track of your own abilities. 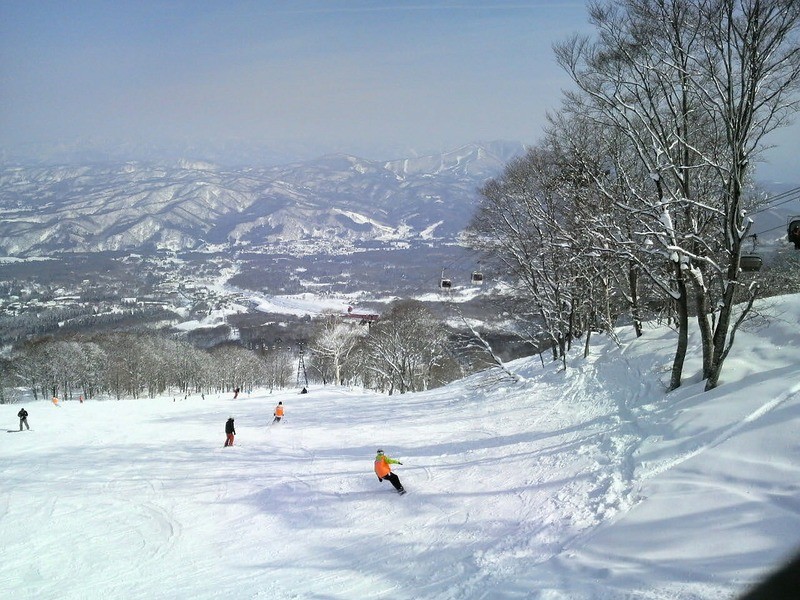 These countries use a colour and shape rating system. Ski trail difficulties are measured by the percentage of the slope and not degree angle.

Usually the easiest slopes on the mountain, Green runs are very wide and well-groomed, making them very smooth and great for kids and beginners.

Blue Square indicates intermediate slopes. These usually make up the majority of the slopes at a resort.

Black Diamond slopes are usually the most difficult on the mountain. They are typically the steepest and are also not as groomed as the intermediate and beginner slopes.

These slopes are even more dangerous than the Black Diamond paths and usually consist of narrow paths and many obstacles. They are most definitely for experienced skiers only.

Many resorts and parks will have variations, usually meaning a trail won’t fit into one particular category. These variations can indicate a run that is a mixture between beginner and intermediate or expert, with more obstacles than usual.

A terrain park is a run that will have ramps, half-pipes, rails, and many other things for skiers and snowboarders to do tricks as well as extreme skiing and boarding. These are indicated with an orange rectangle with rounded corners.

Now that you’re familiar with the ski trail ratings, head out on a tour to get the very most out of your skiing experience. Here are a few of the best ski tours you can take – worldwide.

Slovenia is home to some stunning ski slopes that are sure to take your breath away, and not just because they’re steep. If you need to hone in your skiing skills then having a personal instructor is the best way to do it. This is the case whether you’re just starting out, or you’d like to make some improvements.

You’ll have the option to partake in this half-day ski adventure with friends, family, a partner or simply go it alone.

Heading to Poland for your very first skiing experience? Krakow is the place to do it. During this tour, you’ll be picked up from your accommodation and taken to a 350-metre beginners slope. There, you can opt to be taught by an instructor or give it a try on your own. You’ll also be able to hire equipment if you haven’t yet purchased your own.

After 3 hours of skiing, you’ll be dropped back off at your place of accommodation. This 3-hour skiing trip is a great experience for those just starting out.

If you’re looking for an independent experience in Chile, then tackle the slopes alone at the Valle Nevado Ski Resort. The Andes are one of the most sought-after ski destinations in the world. Enjoy the silence of the slopes as you tackle every corner.

This experience includes access to the resort for the day, as well as the equipment you need to take on these pistes. Do it on skis or try your hand at snowboarding if you’re looking for even more adventure.

Now that you know how to read ski slope ratings and where to have the ultimate skiing experiences, you’re set to have an amazing holiday on the slope. Grab your equipment (if you have) and a friend and tackle the ski trails for a winter adventure like no other.

Best Ski Resorts in the World

Guruvayur Temple in Kerala – Guide To This Hindu Holy Site

Hiking Brisbane | Best Routes & Trails in & Around the...