The month of January falls in the middle of winter in Iceland, the cold may seem like a deterrence for tourists but January in Iceland has a lot to offer.

Prices of accommodation and tours are generally cheaper during this time of year. Certain glacier hikes and sights to see are made more breathtaking by this icy month. Travelling to Iceland in the winter will also allow you to save money on plane tickets and lodging during your stay. This can help to keep your trip within a budget. In this article, we will look at what to expect when visiting Iceland in January.

Many historians agree that this country was first settled hundreds of years ago around the year 874 AD. These refugees were mainly Norwegians fleeing the tyrannical rule of King Harald Fairhair who sought to unify the Scandinavian countries under one rule, his own.

These settlers slowly built up the region and started to create their own farming communities and villages. Most of the larger towns and cities of Iceland are from those original settlements.

Iceland Climate – What to Expect

In Iceland, average temperatures range from a chilly 0°C – 12°C or 32°F – 53,6 °F. However, in January these temperatures can easily fall lower than that on the colder days.

Of course, this does fluctuate depending on the time of year and weather experienced. Icelanders don’t really regard the spring and autumn seasons. The reasoning behind this is that both spring and autumn pass incredibly quickly in Iceland.

And it can be fairly challenging to notice the difference they hold from summer and winter, respectively. Iceland’s weather in January brings the icy embrace of winter. During these months, the country sees large amounts of snowfall all around and it isn’t uncommon for roads and pathways to become blocked with snow or slippery with ice.

This can make driving in Iceland in January a bit tricky, especially in the wilder parts, so we wouldn’t advise on a road trip during this time. Luckily in the larger towns and cities, the roads and pathways are well-maintained. With the snow being removed and icy roads being sprinkled with salt to increase the grip for car tires.

It’s highly recommended that you bring insulated clothing with you. Temperatures can easily drop incredibly low even during midday.

What To Do In Iceland In January

There are many things to do in Iceland in January and activities for you to partake in regardless of the cold. We’ve compiled a list to summarise some of the popular destinations and sights to see.

The country was formed many millions of years ago as a volcanic island. There are still massive volcanoes left on the island from this time such as Bárðarbunga, which is located under a massive glacier.

There is also Eyjafjallajökull which erupted in 2010 causing interruption of all major international flights around Europe. 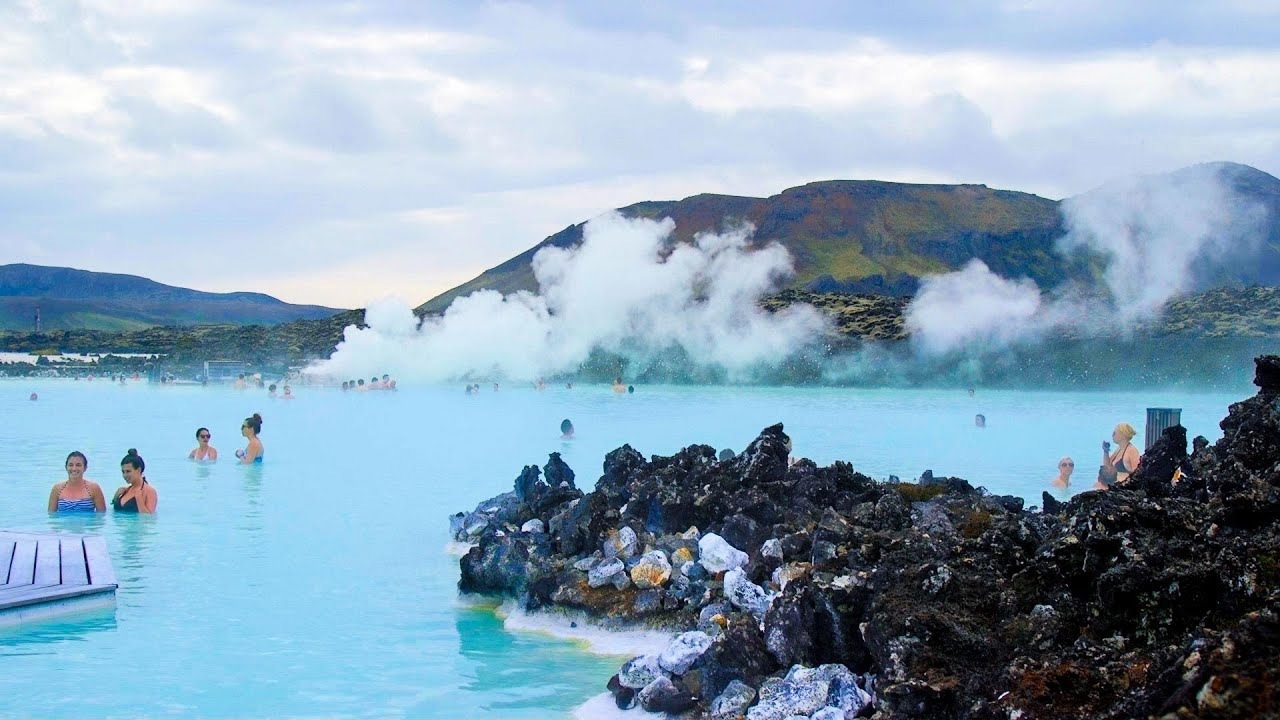 These volcanoes are relatively stable, however. When they do erupt they only spew out constant streams of ash instead of exploding. Many guided tours can take you to see the lava flows and fissures within these regions. This offers an absolutely humbling and magnificent experience.

There are many large geothermal pools for tourists to swim in dotted around the Icelandic countryside as well. The waters of these pools are usually an incredibly pleasant 40°C / 104°F.

One of the most famous waterfalls to visit in Iceland is called Skógafoss. It is one of the largest waterfalls located on the island, reaching about 60 metres high.

Many locals and tourists who have visited the area praise it for its natural beauty. Occasionally, double rainbows can form from vapour sprayed from the waterfall due to its large size. Skógafoss flows throughout the year, only freezing in small parts in the middle of winter. 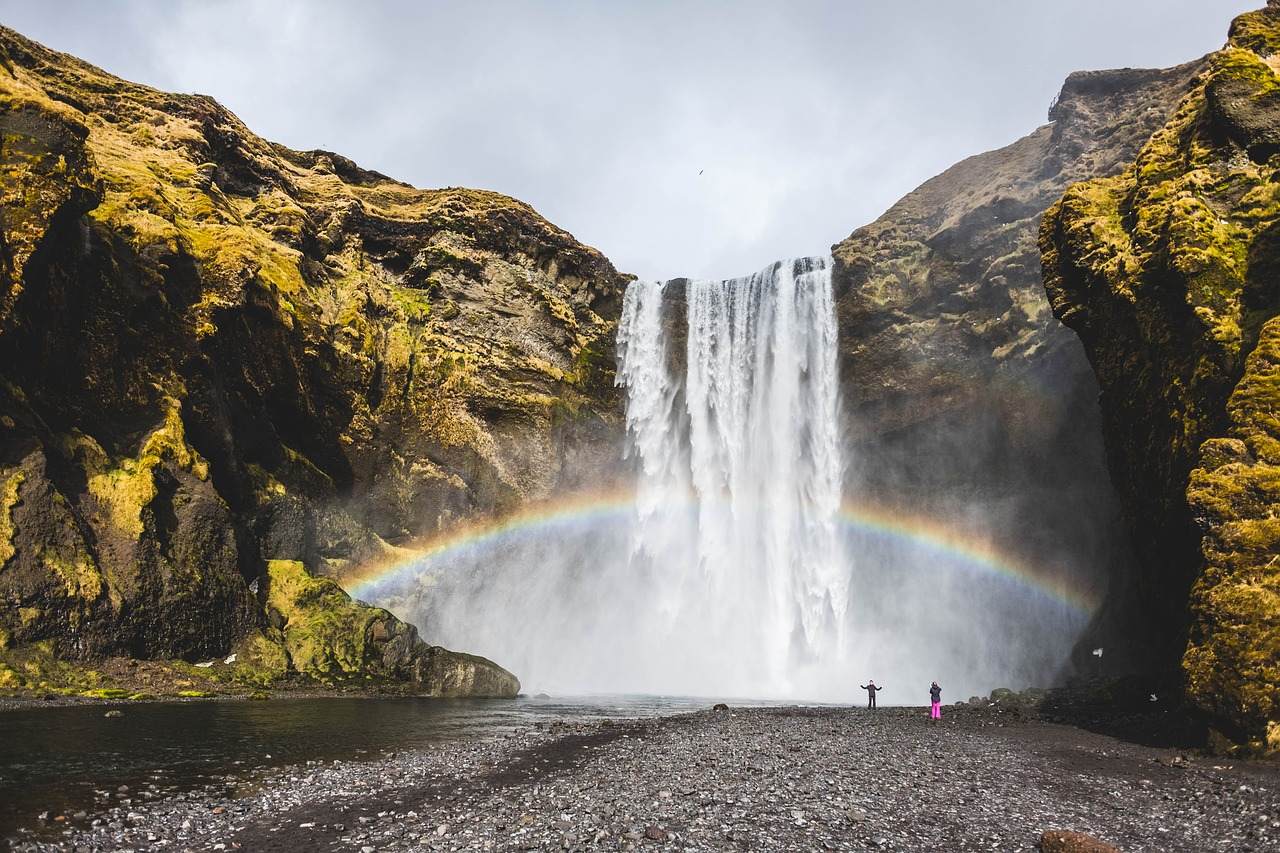 Take in the Northern Lights

The Northern Lights can also be spotted in Iceland in January. At night, there is often the natural phenomena of the Aurora Borealis in Iceland. These flowing lights are caused by solar radiation being subjected to the strong magnetic pull of the Earth in the high Northern Hemisphere.

This, in turn, causes the ripples of light to cascade through the sky. Sometimes continuing on for hours on end.

The Aurora is absolutely breathtaking and one of the many reasons that visiting Iceland in the winter is totally worth it!

Things To Do In Reykjavik In January

Reykjavik is Iceland’s capital city, this is where all international flights usually land. Many of the Scandinavian cities such as Copenhagen, Reykjavik, and Oslo have similar styles of architecture.

The temperature of Reykjavik in January can be quite chilly but manageable if the proper clothing is worn. There are many landmarks around the quaint city of Reykjavik that are lovely to see. One of these being the large pond found within the centre of the city called Tjörnin. Which translates literally to “the lake”.

This idyllic area is surrounded by rolling green banks, painted houses, flowers and trees making it a great place to go on a walk and enjoy nature. Many birds such as ducks and swans flock to this pond due to the slight geothermal warmth.

The National Museum Of Iceland In Reykjavik

Close to Tjörnin is the National Museum of Iceland. This museum has been assembling its collection of artefacts over the course of almost 200 years. There are many sights to see in this building that tell the tale of human history in Iceland from the first few settlers.

One of the most prized possessions of the museum is the Valþjófsstaður door, which is a 13th-century wooden church door. It was carved to depict the story of a knight who ventured out to slay a dragon. In doing so, the knight freed a lion which then became his most loyal companion. 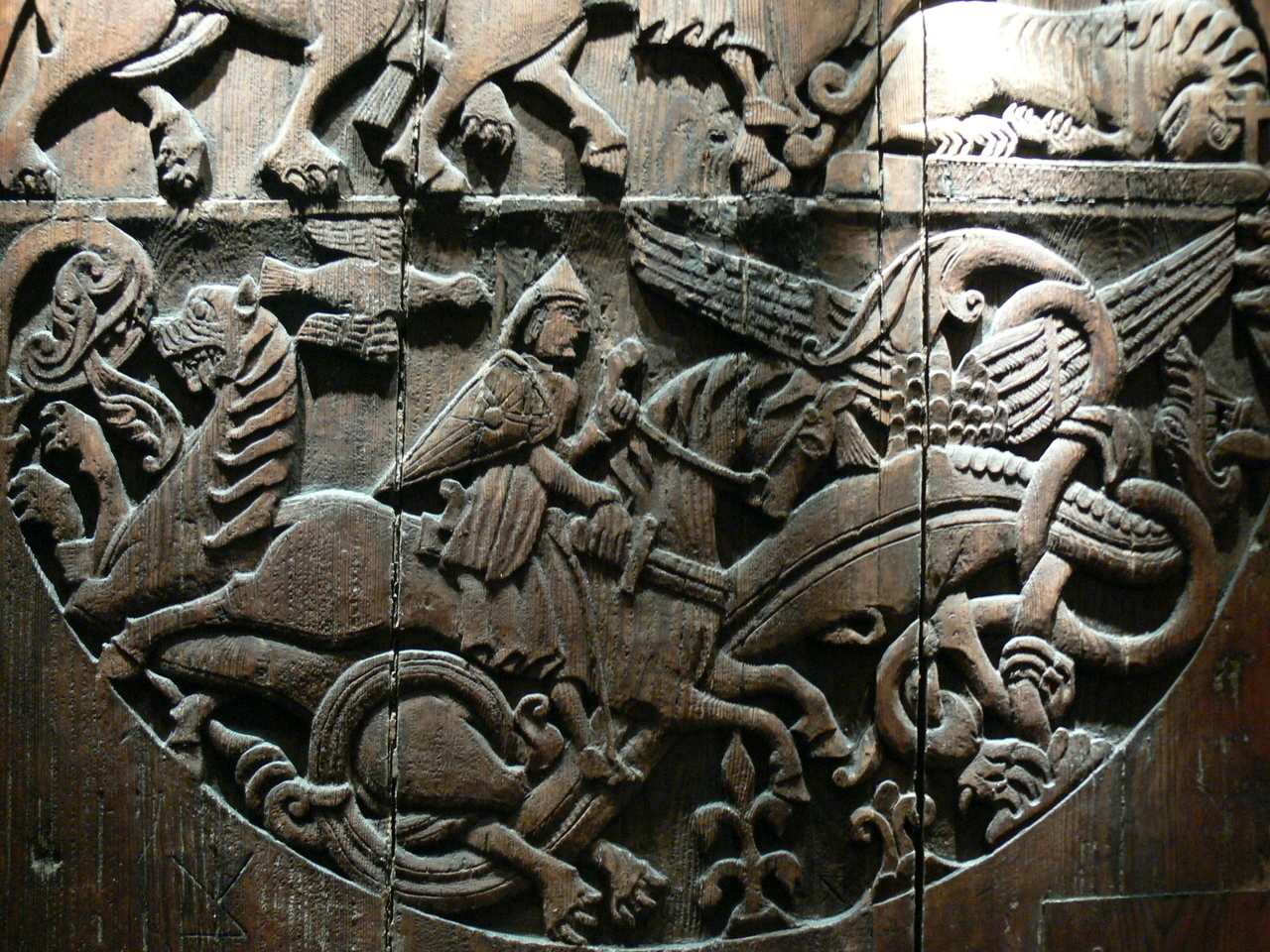 The nightlife in Reykjavik is fairly interesting, many of the bars have specific themes that they keep. Some themes are from famous movies, others from stories and the like. Many of these bars and lounges have band nights where live music is played on a stage.

The bars in Reykjavik usually stay open until around 05:00 in the morning on weekends, with the exception of Sunday. Icelandic folk tend to have a drink or two at one venue and then walk down to another, meeting up with friends along the way.

The beautiful Iceland has seen a massive increase in the number of tourists visiting the country in more recent years. This has, in turn, been a massive help to the people and economy of Iceland. Tourism in Iceland is creating new jobs and cash flow which can be used to improve the country and the tourist hotspots.

While the country’s tourism peaks during the warmer months, winter offers stunning opportunities for travellers. Accommodation and flight prices are significantly lower during January, making it the perfect time to travel to Iceland.

It’s important to remember to respect the people and their customs as well as the land itself. Iceland offers much to those willing to explore it to the fullest. If you’ve been wanting to visit why not look at spending your next holiday season in Iceland!

10 Best Things To Do in Copenhagen