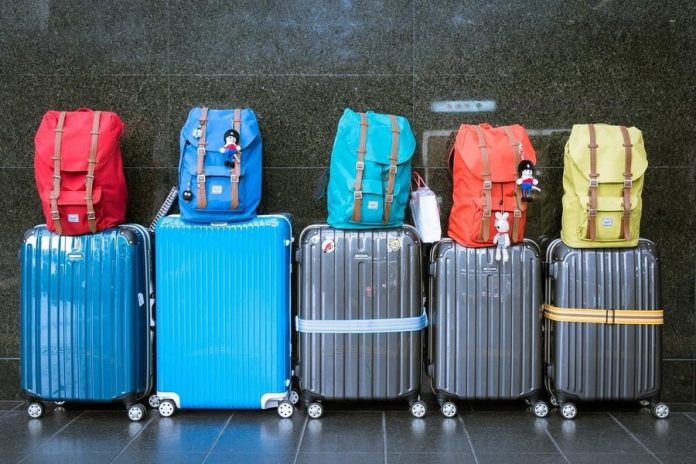 Where to go on Holiday in October

It’s not December yet, nor can we say that holidays are one month away. And that’s why October is often regarded as an awkward month; your holiday planning is beginning for December and New Years, but have you spared a minute to plan a holiday for this month?

In fact, many travellers refer to it as the ‘shoulder season’, or the period between the peak and off-peak season. So, no matter where you travel to during this month, you’ll never be bombarded by large tourist crowds nor hefty prices!

As the heat starts to propel in the Southern Hemisphere, and Northern Hemisphere maintains a cool, comfortable temperature, October becomes a truly pleasant month to travel in universally!

This is because it is not too cold and too hot, anywhere!

Globally, places to visit in October are abundant, but it depends on what type of experiences you favour. Whether you yearn for a hot day on the beach, or a retreat in the mountains, our diverse options will cater for you!

Where is hot in October?

Yes, October is regarded as the shoulder month. But, this doesn’t mean that it doesn’t get hot at all. Everyone has a different definition of what ‘hot’ really is, but we’re certain that you’d agree that anything near or above 30C, is pretty warm!

Check below for our top summery picks for October! Cyprus is known for having significantly warm weather throughout the year, and Autumn is no exception to this!

A beach day should not be ruled out in Cyprus during October because the days peak to really impressive temperatures. The month is by no means a wintry, cool one even though it is nearing winter.

The beauty of the island of Cyprus is its relatively small size, which permits travellers to explore the entire island in a few days. Additionally, the island is characterised by a Mediterranean climate which provides the island with uniform temperatures.

October is also a month that poses no threat of rain for the island, so you can embrace the sunny days, without the burden of crowds, or rain!

Looking for a place to stay in Larnaca? We suggest the Lazuli Apartments. Morocco has contended itself as a great summer destination due to its pristine coastline and enticing architecture. Its economic hub that is Marrakech, also poses as the gateway to the Sahara Desert.

No one wants to be in the desert at the peak of its heat, and hence October is the ideal month for a mixture of heat and relief because the intense heat begins to subside.

Exploring the city’s Muslim culture and medieval architecture can become more bearable, but you’ll still be able to catch a healthy tan!

You’ll be in close proximity to the Sahara Desert, but when you’re not traversing the desert, you’ll be seeking an oasis in the city’s multitude of palaces, and royal gardens.

Looking for a place to stay in Marrakech? We suggest Riad Les Nuits. This beach-side paradise is renowned for having an all-year-round climate appeal because its lowest temperature never extends below 19°C! What’s more is that its coastline is one of the most esteemed in the world, with crystal-blue waters and white sand beaches.

Its resorts are unending, and because October does not fall under its peak tourist season, prices begin to alleviate and become even more affordable! Hence, Cancun is truly one of the best places to visit in October in the world!

During this month, most hotels and resorts offer highly discounted prices in order to maintain its crowds, and flights are even cheaper. You’ll be able to enjoy most beaches to yourself, or with a few other clever tourists.

Looking for a place to stay in Cancun? We suggest Hotel Kavia. 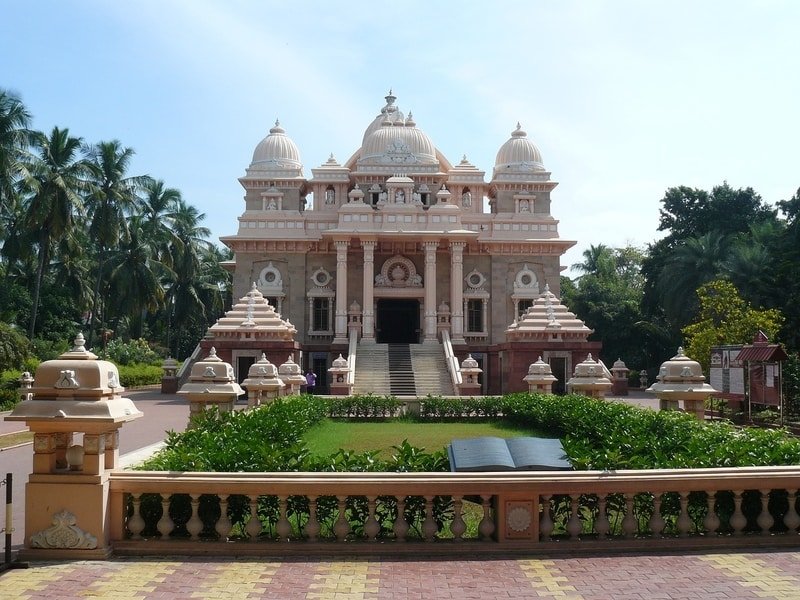 Yes, it’s winter in Chennai in October, but this is in fact the best period to visit the city! Summer temperatures become scorching and uncomfortable, and between July and September, monsoon season strikes the city, rendering it a hazardous area to travel to.

But Winter doesn’t stop this city from still having high temperatures, and October signifies the beginning of pre-Monsoon season.

This makes Chennai one of the best October holiday destinations because you’ll be able to venture into the city and its surrounding beaches, accompanied by pleasant and plateaued climates.

The city is also regarded as the ‘cultural capital’ of Southern India, with its colossal temples and monuments that are anchored in Indian tradition.

Looking for a place to stay in Chennai? We suggest The Raintree. If you’re not too fussed about where is warm in October, then the month proposes a different type of holiday for travellers in the Northern Hemisphere; beach-days are less frequent, so you’ll get the chance to fill your time with more cosy things to do!

This is because October holiday destinations should not be limited to only warm locations. Autumn presents travellers with its own unique charm!

Yet, just because it’s Autumn doesn’t mean you’ll be forced to stay indoors and keep warm – we present destinations that are perfect for day-time exploring and night-time relaxing. In this period, flowers begin to blossom and trees transform into multi-coloured phenomenons.

Autumn is also an ideal travelling season because prices for hotels and activities become lower, destinations become less populated and hence, more intimate experiences can be had. October is the perfect period to visit Asia as Autumn marks the end of the intense humidity and excessive rains. However, a trip to Seoul is always characterised by weather-dependent conditions, as it can get extreme here.

Yet, in October, temperatures are pleasant, and can reach 20°C! Temperatures during this month fluctuate and provide tourists with a combination of warm days and chilly nights. There will also be a low chance of rain, which means that you’ll splendour in all the city has to offer.

Fortunately, in October, the city is illuminated by vivid colours among the tree leaves, with a mixture of red, brown, green and yellow hues.

Make sure to visit Bukhansan National Park which will reveal the most picturesque mountains that are covered in colourful trees across the city!

Looking for a place to stay in Seoul? We suggest L7 Myeongdong. Welcome to the land with the best air quality in Europe! Nestled in the Transylvania Hills, Cluj-Napoca is an underrated destination that is typically hidden under the radar.

It’s within close proximity to the most gorgeous unexploited nature of Transylvania – which blooms in Autumn! The pleasant day temperatures allow for great adventures in the day, and to unwind by the fire at night.

With the usual connotations of Dracula, ghosts and ghouls due to its positioning in Transylvania, this city in October (the month of Halloween) permits visitors into its forts. These forts were the source of inspiration for the author of Dracula, Bram Stoker! So you get to have a little supernatural experience, while being relaxed in the hills.

The temperatures in October are varied – on some days you can reach temperatures of 15°C, but you’ll never experience any freezing conditions as the lowest recorded temperature is a chilly 4°C.

Most would say that visiting the city during Summer would be the best option, however, the rain during these months becomes excessive and October has one of the lowest chances of rainfall.

Looking for a place to stay in Cluj-Napoca? We suggest Gorgeous Villa. During Autumn, Michigan ignites in colours, with a manifestation of multi-coloured trees throughout!

It’s a massive state, so that’s why we suggest you visit the more rural landmarks! The land that banks Lake Michigan is the most vibrant and picturesque in Autumn. Distinct hues reflect the sunlight and truly make you feel like you’re in a different world!

Along the Lower and Leelanau Peninsulas, as well as amid the Porcupine Mountains the hills become covered in radiant hues and the reflection on the water of Lake Michigan is magnificent! It’s the perfect romantic getaway, or photographic journey.

Looking for a place to stay in Lake Michigan? We suggest Peterson’s Cottages.

We always complain about the exorbitant prices of holidays in Summer, as well as the intensity of the crowds. We just want good deals and intimate experiences! Well, now you’ve discovered that travelling in Summer is overrated, and October is the prime travelling time!

Whether you want pristine beaches with hot temperatures, or a relaxing retreat in the illuminated Autumn colours, October has you covered! The weather is key to October’s value – it’s avoidant of all the major/dangerous weather phenomena, and is also one of the least touristic months globally. This means that you’ll obtain great value for your money.

So, we suggest you befriend the month of October, and start making memories that will last a lifetime.

Your Guide to Finding the Best Accommodation in East Asia (Despite...