With a popular 55 times that of the next biggest city, Bangkok tends to steals the thunder when it comes to Thai metropolises. That’s not the whole story, though. Living in Bangkok’s shadow can’t be easy but cool Nonthaburi seems to prove otherwise. Serene Chiang Mai gazes down on the rest of the country from its lofty peak up north. 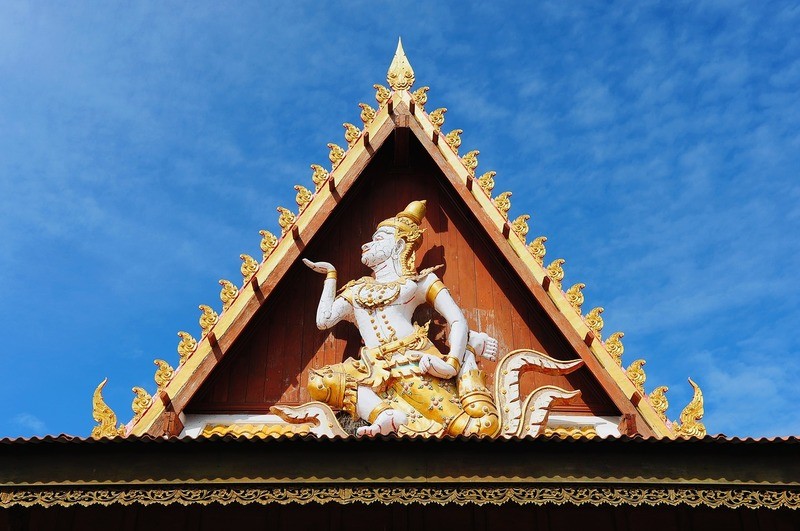 In the south Hat Yai rules unopposed with a triangle of great Buddha statues in the city. Meanwhile, Nakhon Ratchasima guards the country’s ancient past, while still getting on with modern life. The largest cities in Thailand all have their distinctive charisma and, as visitors will attest, it’s worth being drawn in.

With almost 15 million people resident, Bangkok is Thailand’s greatest city and the most popular in the world. The Thai capital is a chaotic hub that’s also rich in history and, increasingly, in art and fashion. Bangkok’s on the mainland, sitting neatly in central-southern Thailand. Most flights arrive in Bangkok but there are also buses to other locations in Thailand. To Chiang Mai, it’s about 11 hours by bus and 12 hours to Phuket.

There’s no shortage of things to do in this bustling city. Top of the list is a visit to the Grand Palace. The jewel tones of the spectacular buildings are offset by the dazzling white of the walls: it’s a visual marvel. Inside, head to Wat Phra Kaew, home to a remarkable Emerald Buddha, cut from a single block of jade back in the 14th century. The two throne rooms and the Amarinda Hall are also highlights.

No visit to Bangkok would be complete without some time at a floating market. Bangkok’s a canal city. Vendors come on longboats piled high with fresh produce to sell and to cook into yummy meals. There are many of these floating markets so it doesn’t matter which you experience. Damnouen Saduak is the most famous, while Khlong Lat Mayom is more authentic with unusual fruits you may never have seen before.

Nonthaburi’s a more chilled version of Bangkok. With about 270 000 people living there, it’s Thailand’s second city. Nonthaburi’s slightly to the north-west of Bangkok but the cities are so close, Nonthaburi’s sometimes considered a suburb of Bangkok! It’s a 30 to 50-minute ride from Bangkok.

Although it’s just beside Bangkok, the city can hold its own with tourist attractions. For temples, Nonthaburi’s got Wat Chaloem Phra Kiat, built in a beautiful riverside garden, and Wat Sangkhathan which receives tourist from around the world who come to meditate.

The Day and Night Markets are great places to experience a relaxed atmosphere and authentic Thai cuisine.

Also known as Korat to Thais, Nakhon Ratchasima is both province and city. The population is 174 332 and it’s a rapidly expanding hub for retail in the country.

Nakhon Ratchasima is situated north of Bangkok in the central-east of the country. It’s a 3 to 4-hour drive from Bangkok by car, though there are also regular public buses departing to the city.

Most of the area’s best sights lie outside of the city. The showstopper is undoubtedly Phimai Historical Park. A collection of ancient buildings, some as old as the 11th century, Phimai is a testament to the country’s rich heritage. It’s one of the best sites in Thailand to view Khymer architecture. Cross the Naga Bridge, designed to take you from the world of humans to the world of the gods, and gaze up at the intricate prangs.

Inside the city, one woman’s name dominates the monuments: Thao Suranaree, the strong, powerful consort who led the city to victory on the battlefield in her husband’s absence. Her monument is near the city gate and is a great photo opportunity. She and her husband also built nearby Wat Sala Noi, Nakhon Ratchasima’s premier temple.

Chiang Mai is as idyllic as it gets. With 175 000 residents, however, it is Thailand’s fourth largest city. Chiang Mai’s way up in the north of Thailand but there’s no challenge in terms of transport. Buses drive up from Bangkok, taking about 11 hours, while the train is slower at between 12 to 15 hours.

The first place to visit in Chiang Mai is Wat Phra That Doi Suthep, a temple up the mountainside. The 306 stairs lead to an elegant example of northern Thai architecture. The temple is home to a shard of Buddha’s bone. The grounds are a collection of rock gardens, verdant trees and pretty monuments: a peaceful place to pause from the hustle and bustle. There’s also a proud monument to Chiang Mai’s union with Thailand on site. Try a meditation session at Doi Suthep Vipassana Meditation Centre.

Outside of the city, the Doi Inthanon National Park is a lovely day trip to make. There are waterfalls and hikes in the lush park which is also the location of two glittering stupas dedicated to the deceased king and his queen.

Hat Yai’s population sits at approximately 157 000. It’s an urban hub of the South that’s both western and Cantonese with gigantic malls and street markets. Far south, Hat Yai’s almost at the Malaysian border. The bus to Bangkok takes around 12 hours and there are also trains running across the country.

Hat Yai has a new cable car that takes visitors up the hills from the park, providing superb views of the Thai city.

There’s also an amazing couple of temples in Hat Yai. Wat Hat Yai Nai hosts a massive 35m long Reclining Buddha that’s considered the third largest of its type in the world. In gold and ivory shades, the Buddha smiles mischievously down at visitors.

The second Buddha you must see is the Standing Buddha. Standing almost 20 m high, the statue is cloaked is gold leaf and rises above the city majestically. Another remarkable icon is the Laughing Buddha which depicts the religious leader as an older, plumper figure, happily giggling away. The complex is entered via the mouth of a large lion, something that’s best experienced in person.

To tend to your mortal needs, head over to Kim Yong Market. This where you can browse a traditional Thai market and discover fresh fruit salads, hot chestnuts and eyebrow-raising magic potions. Thailand’s not often considered a country of great cities and not many are heard of besides Chiang Mai and Bangkok. But look closer: with majestic Buddhas and exotic markets, these urban jungles are more than just the largest cities in Thailand. 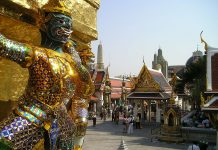 Culture in Liverpool, A Travel Guide for First Time Visitors

Things To Do In Hallstatt, Austria: In Winter & Summer