September marks the start of the short autumn months in Iceland. However, the days are still relatively long during this period of time and outdoor excursions are pleasant.

Iceland is a small island nation located close to the arctic circle. It was settled hundreds of years ago by Norwegians. The population of the island is relatively small with the capital city of Reykjavik having the highest population. There are many other smaller towns dotted throughout the country, however, most of these have populations of 3000 people or less. Iceland is well known and loved for its unique landscape. Famous black sand beaches cover the coast and large glaciers and volcanoes can be found here too. Iceland also has a diverse range of wildlife and plantlife that are native to the island.

In this article we will look at interesting activities to do and sights to see in Iceland in September.

The Weather In Iceland In September

The autumn season in Iceland is fleeting and doesn’t tend to last very long. However, autumn brings about a beauty to the rugged landscape as the season starts to take hold. Many of the plants scattered throughout the countryside change to vivid shades of orange and red during this time of the year, creating picturesque vistas.

The rivers also tend to run with bright blue glacial water during this time of the year. Many professional photographers flock to Iceland during the months of September and October to try to capture some of the land’s beauty on camera. It’s not uncommon for some snowfall to be experienced during these months however it’s usually not heavy enough to block roads. Any snowfall during September is usually just a light dusting.

Iceland’s weather in September tends to stay relatively mild. This is a definite plus if you’re wanting to explore the countryside and experience some of the guided tours.

Day Trips In Iceland In September

Travelling to Iceland in September is much cheaper than the peak seasons of summer and winter.

Flights can be booked for a fraction of their usual prices allowing you to save money freeing up some of your budget for tours and guides while in the country. The price of accommodation also tends to drop substantially around this time. 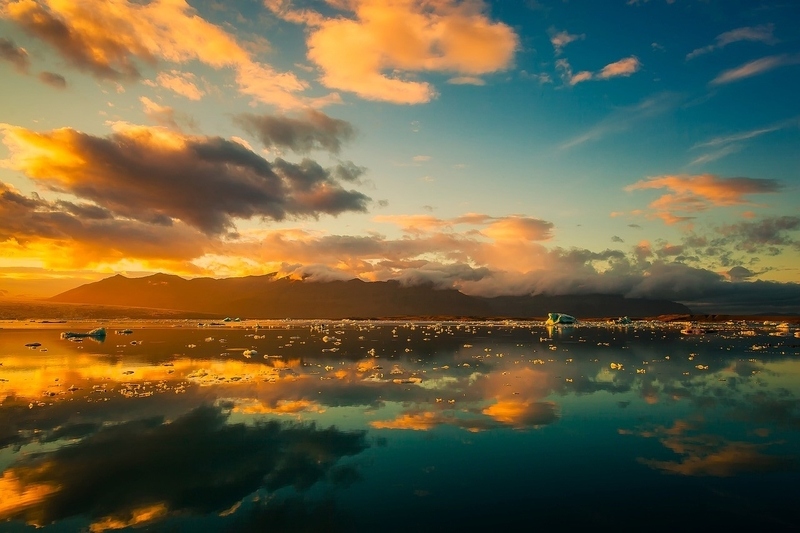 There are also significantly fewer tourists during the autumn allowing you to enjoy many of the sights without feeling too overcrowded.

We’ve compiled a list of interesting activities to take part in and sights to see while visiting Iceland in September.

The Westfjords don’t usually see large crowds of international visitors as many tend to stick to the southern areas of Iceland. This beautiful region is made even more picturesque during the autumn months as the plants become more vibrant colours and hues.

The Westfjords is an interesting place with a long history. The locals have deep cultural roots of mysticism and folklore, many believing that elves and trolls exist across the land. The Westfjords is home to the beautiful Dynjandi waterfalls which tower 100 metres above the ground. 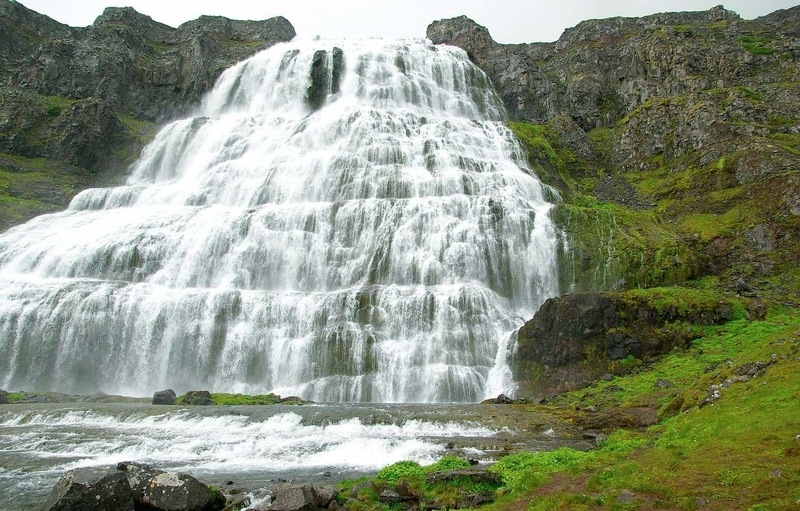 A large glacier known as Drangajökull is found close to the Westfjords. There are many guided hikes that can take you up to the glacial heights, giving you a spectacular view of the surrounding landscape.

The ice caves in Iceland are mainly situated in and around the large glaciers that dominate the land. These crystalline cave networks shimmer and glisten as you walk through them. Many of these caves are thousands of years old. There are many tours that can take you through these spectacular caves. 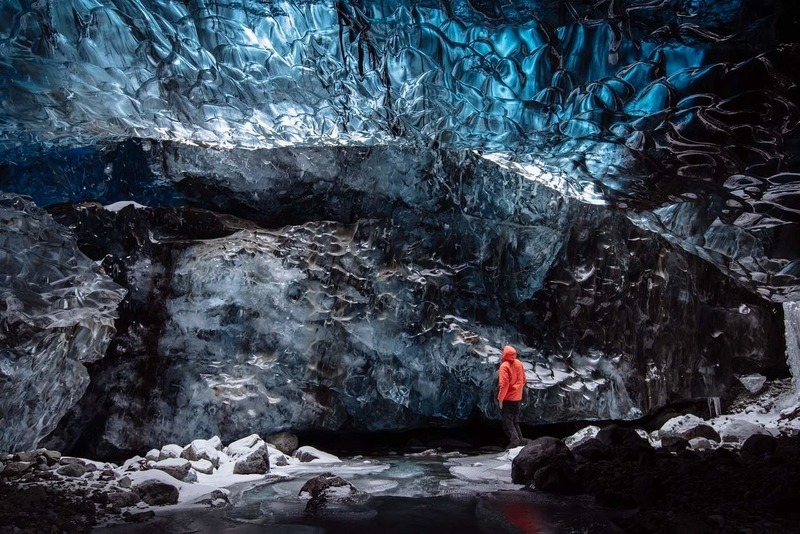 They are constantly shifting and changing as the years pass and the ice moves or melts creating unique experiences each time. One of the most famous of these cave networks are the Vatnajökull ice caves located in the Vatnajökull National Park.

These particular ice caves see many tourists throughout the year. The Vatnajökull glacier itself is one of the largest in all of Europe.

While visiting Iceland in September be sure to try and book boat tours to see the whales that migrate to the waters during this time. The whales usually leave the ocean around Iceland just after September in search of warmer waters elsewhere.

Many larger whale species have been spotted around Iceland such as Humpback and Minke whales. However rarer species such as Killer whales can also be spotted during this time if you’re lucky. 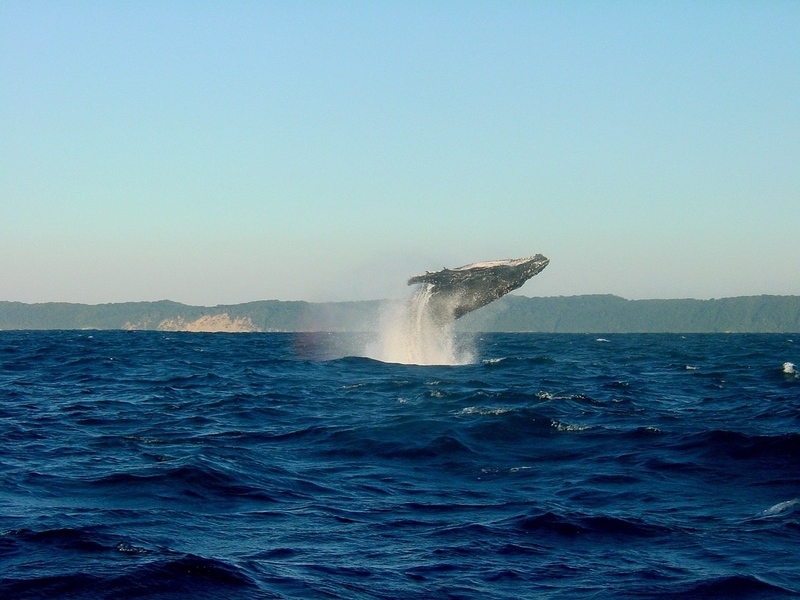 These magnificent creatures are known to on occasion breach the water’s surface in a magnificent display. Whale watching tours can be done either on larger vessels or smaller motor powered boats. The smaller boats are able to get much closer to the whales as they make far less noise. This allows you to experience these gentle giants up close.

Many tourists who plan on visiting Iceland will land in Iceland’s capital city of Reykjavik. There are many things to do in Reykjavik in September and activities to keep you occupied. The locals are welcoming to foreigners and always willing to help if required.

This church is one of the most famous landmarks found within the centre of Reykjavik. When standing in the viewing platform located on the steeple of the church, you’re able to get a full panoramic view of the city and its surroundings.

The tower of the church is open to the general public daily with the exception of Sunday when church services are held. An entrance ticket to the tower is 900 Icelandic Króna for adults, but only 100 Króna for children aged 7-14. 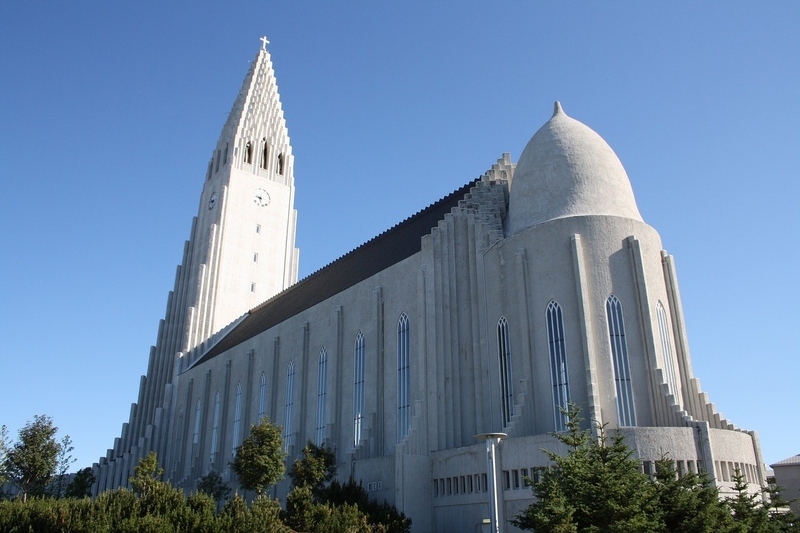 The unique architecture of the church was inspired by the basalt columns that can be found along the Svartifoss waterfall. The building was designed by the famous Icelandic architect Guðjón Samúelsson and was first opened to the public back in 1986.

Located by the seaside in central Reykjavik this iconic steel sculpture attracts many tourists. It’s one of the most visited sights in the capital with many people stopping to view the work of art while exploring the Reykjavik coastal pathways. 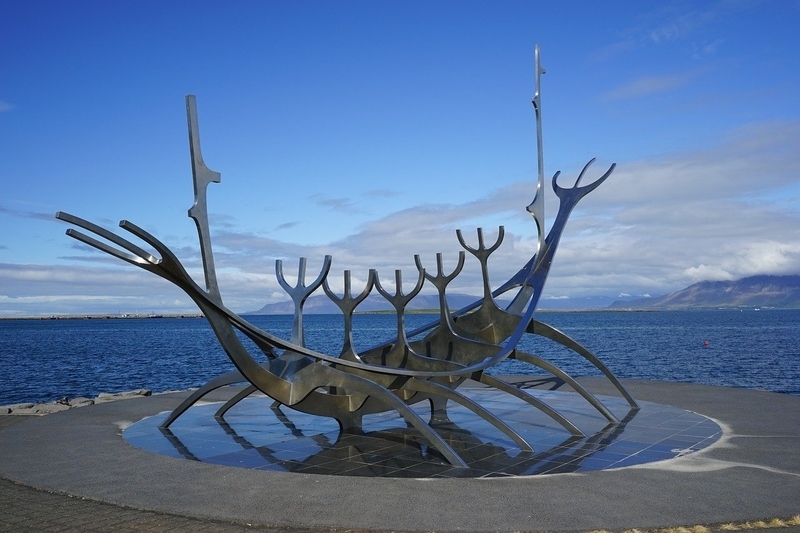 A very common misconception about the sculpture is that it’s meant to look like the old norse and viking ships of the middle ages. This is not actually the case, the sculptor stated that it’s meant to display a “vessel of dreams” which promises the joy of hope, progress and freedom.

The museum is one of the most well known buildings in Reykjavik. The exhibitions located in the museum are dedicated to the natural wonders found throughout Iceland. There are exhibitions that focus on the massive glaciers found scattered throughout the Icelandic mountain ranges.

A well known example of these exhibitions is the replica ice cave found within the museum. There is also a planetarium located in the building which contains information regarding the Icelandic skies. The Perlan Museum also has an observation deck on it’s roof that allows you to view Reykjavik from a 360° view.

Where To Stay In Iceland In September

Iceland is a small island nation. Travelling in Iceland is still relatively easy in the autumn. The smaller towns usually have small rooms to rent or guesthouses to stay in. The capital of Reykjavik has the highest amount of accommodation available to tourists.

During autumn accommodation prices start to drop substantially and staying in a hotel or guesthouse can be very affordable. Getting to many of the sights from Reykjavik is relatively quick and easy.

Final Thoughts On Iceland In September

Iceland is a truly spectacular country that has made a name for itself as being a wondrous place to spend your holidays. Autumn in Iceland creates spectacular displays in the natural environment of the countryside. The plants change to hues of purple, red and orange.

As time passes, Iceland is becoming an incredibly popular tourist destination. September in Iceland is the perfect time to book a holiday. Flights and accommodation are both cheaper in the off season allowing you to save money for the many tours and places to see in Iceland.

Airbnb Madrid, Spain – 9 of the best Apartments, Suites and Villas

9 Things To Do In Santorini, Greece | 2021 Ultimate Guide

Iceland in December (Travel Guide for an Icelandic Christmas)

Travelling To Iceland In January – What To Expect